This tiny but long illustrated scroll is a people’s powered cantastoria piece that illustrates scenes of climate injustice and resistance in the USA and Canada made by Rachel Schragis.
Rachel generated the idea for this piece at a residency 350.org put on for artists engaged in climate work, where they identified a real need for artwork that helped the climate movement see itself as a thing- for people who do to understand themselves as fighting fracking, or tarsands, or a pipeline, recovering from a disaster as part of something bigger than their fight. The piece was made based on collaboration and research with climate activists around the North East.

*Here are the words to the song:

Chorus:
There is one question with a thousand answers
Or perhaps only one answer to a thousand things to ask
But hey, don’t you know, there’s no need to feel dejected
Because all of our grievances are connected 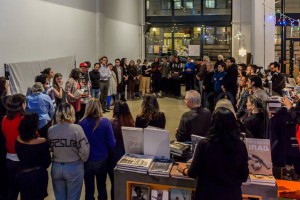 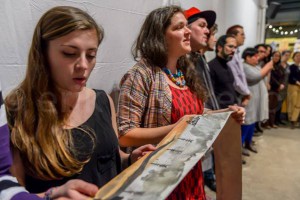 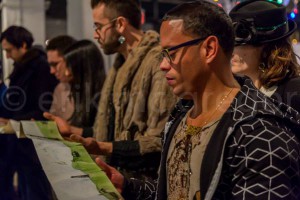 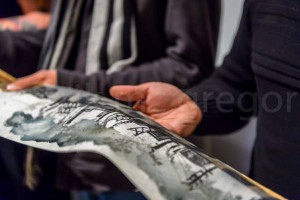 Scroll Performance by Rachel Schragis at When We Fight, We Win! launch in powerHouse, Brooklyn. Photos by Erik McGregor

By: Greg Jobin-Leeds Thalia Carroll-Cachimuel LGBTQIA+ Organizations to Donate to & Learn More About Southerners On New Ground (SONG) is a home for LGBTQ liberation…